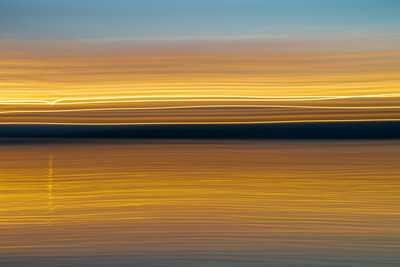 I know exactly when I took my first intentional-movement image of Lake Sammamish: October 2, 2019. Metadata remembers! I had been aware of ICM for a little over a year at that point but it took a while for me to put the pieces together. The first ICM images I ever saw were vertical pans of trees and I was instantly taken with the softness, the gentleness, the kindness of the images. So I started doing occasional experimenting on nearby woods and ocean waves, panning vertically and panning horizontally, pleased with the results but not yet venturesome enough to start trying other movements.

We’ve lived on the western shore of Lake Sammamish in the Pacific Northwest since 2014, and I’ve taken many static photographs of the sunrise. But on that chilly October morning, it finally clicked that I could combine intentional camera movement with the sunrise over the lake. I was delighted with what I was seeing in the viewfinder: Lake Sammamish, but even softer, a bit surreal, with the dawn colors streaming through the images. My first attempts were mostly panning the horizon, but then I started to experiment with other camera movements. I discovered that with a slow shutter and a moving camera, a mound can become a mountain, a mountain can become a range, a range can merge seamlessly with the lake which can become an undiscovered sea. I could create new worlds, unknowable lands, mysterious islands, all out of Lake Sammamish and a distant mountain or two. 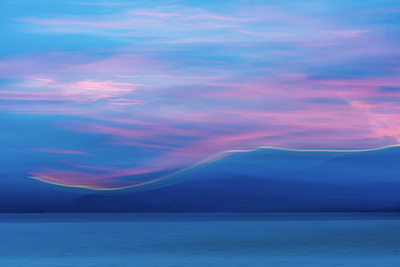 As I started experimenting with creating new landscapes with the lake in the waning months of 2019, I didn’t realize that my known world would soon be much more confined. I had big plans for 2020, before Covid changed the world. After a dozen years of being a portrait photographer, I had decided to retire. I had trips planned to far-away places with friends and my semi-retired husband. I was so excited to experiment with ICM in exotic locations! But as we all found out, the world had different plans, and we spent the year at home, looking out at the lake. Fortunately, it is scenery worth getting up early for. And with that one lake scene, I can create images of different landscapes without leaving my yard.

One Lake During Lockdown

Instead of being a year of travel and ICM photography in faraway places, 2020 became the year of photographically exploring the view of Lake Sammamish from my yard. With all of the tumult that 2020 brought, Lake Sammamish and ICM brought escape. I could soften the world around me, ease some of the harshness, and create new landscapes out of a familiar view. Plus, the experience of being outside at dawn and witnessing the hope of a new day is restorative in a primal way. 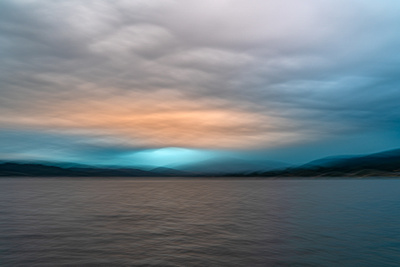 The lake at dawn is never the same from morning to morning. The varieties of colors in a sunrise always amaze me. From brilliant reds to soft pinks to vibrant oranges and golds, the colors are so glorious that I use only minimal processing in Lightroom. I’ve discovered that the positions of the clouds at dawn can have a great impact on the resulting images. If there is just one point of light coming through a cloudy sky, you can draw with that point of light, making your own hills, your own mountain range. A larger streak of light through clouds can become a waterfall of gold. A bank of low-lying fog over the distant Cascade Mountains brings something new to experiment with. The position of where the sun rises on the horizon changes throughout the year, which results in the sunrise colors coming up over different backgrounds. In the winter, the sun rises almost at the peak of Tiger Mountain, southeast of the lake, but in the summer, the sun comes up far to the north along a flat ridge line, creating a completely different effect.

Even with these natural variations, when you photograph the same landscape every day, the “What would happen if ...” question becomes really important. Over the course of the last year or so, I’ve asked myself what would happen if I: 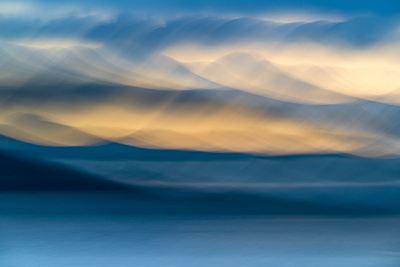 Once you start combining ideas, the possibilities are countless. There are so many things to try!

As I was reading the March issue of ICM Photography Magazine, I came across Rett Rossi’s article which talked about how creativity can flourish when you are boxed in. Specifically, “Creative constraints are restrictions designed to make us use the resources we have in new ways.” I thought this was brilliant and really encapsulated my year of focusing almost exclusively on Lake Sammamish. Would I have experimented so expansively if the scenery was changing often? I feel certain the answer would be no.

After a long year, Washington state began opening up in March and I took the opportunity to do a day trip, which included a stop by some daffodil fields. I was eager to try ICM on something other than the lake. The first few images were so-so, but I knew from the past year that if I kept trying different movements, I might create something I liked. I became more and more pleased with the results and I realized that the most important take-away after my year of creative constraints was this: I’ve learned how to push myself to experiment. I’ve found that ICM is most rewarding with continual experimentation no matter what the scene is. I believe that I would not have been as creatively fearless with the new scenery if I didn’t have my year with only the lake. My goal is never to lose that fearlessness once the world fully returns to normal. 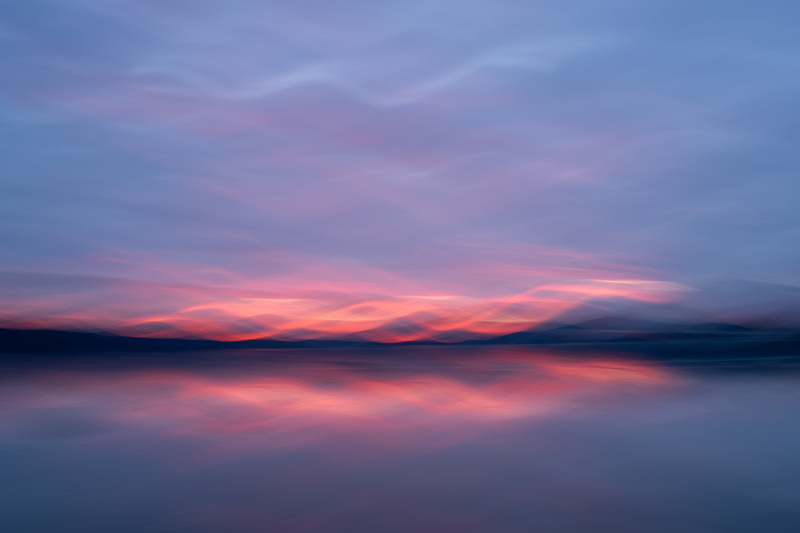